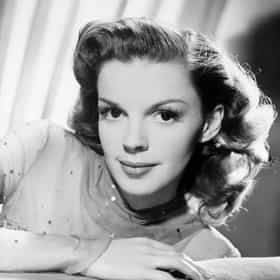 Judy Garland (born Frances Ethel Gumm; June 10, 1922 – June 22, 1969) was an American actress, singer, dancer, and vaudevillian. During a career that spanned 45 years, she attained international stardom as an actress in both musical and dramatic roles, as a recording artist, and on the concert stage. Respected for her versatility, she received a juvenile Academy Award, a Golden Globe Award, and a Special Tony Award. Garland was the first woman to win the Grammy Award for Album of the Year for her live recording Judy at Carnegie Hall (1961). Garland began performing in vaudeville as a child with her two older sisters, and was later signed to Metro-Goldwyn-Mayer as a teenager. Although ... more on Wikipedia

Judy Garland is ranked on...

Judy Garland is also found on...