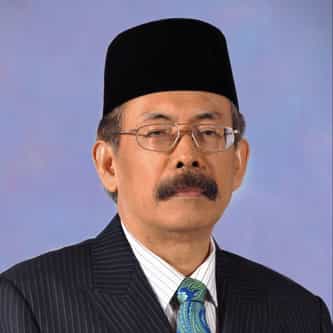 Tun Datuk Seri Panglima Juhar bin Mahiruddin (born 5 November 1953) is a Malaysian politician who has been Yang di-Pertua Negeri (Governor) of Sabah since 2011. Previously he was Speaker of the Sabah State Legislative Assembly from 2002 to 2010. He was Deputy Speaker of the Dewan Rakyat from 1990 to 1999. He is also the Chancellor of Universiti Malaysia Sabah. Juhar is a founding member of the United Malays National Organisation's (UMNO) branch in Sabah. ... more on Wikipedia