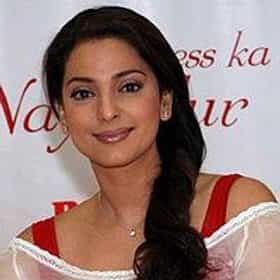 Juhi Chawla (born 13 November 1967) is an Indian actress and the 1984 Miss India winner. Primarily working in Hindi cinema, she has also appeared in Bengali, Punjabi, Malayalam, Tamil, Kannada and Telugu language films. The recipient of two Filmfare Awards, she has been praised for her comic timing and vivacious on-screen persona, one of the highest paid actress in late 80s,90s and early 2000sChawla made her acting debut in 1986 with Sultanat, and received recognition with the tragic romance Qayamat Se Qayamat Tak (1988). She established herself by starring in several commercially successful films, including Pratibandh (1991), Bol Radha Bol (1992), Aaina (1993), Hum Hain Rahi Pyar Ke ... more on Wikipedia

Juhi Chawla is ranked on...

#35 of 90 The Most Beautiful Indian Actresses of All Time 149.1k VOTES These photos of Bollywood actresses are some of the most attractive women in the world. Here is a full list of gor...

Juhi Chawla is also found on...