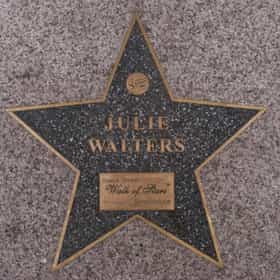 Dame Julia Mary Walters (born 22 February 1950) is an English actress and writer. She is the recipient of four BAFTA TV Awards, two BAFTA Film Awards, a BAFTA Fellowship, and a Golden Globe. She has been nominated twice for an Academy Award, in the categories of Best Actress and Best Supporting Actress. Walters came to international prominence in 1983, for playing the title role in Educating Rita. It was a role she had created on the West End stage and it earned her an Academy Award nomination for Best Actress. It also won her a BAFTA and a Golden Globe. She received a second Academy Award nomination, this time for Best Supporting Actress, for her role in the 2000 film Billy Elliot, ... more on Wikipedia

Julie Walters is ranked on...

Julie Walters is also found on...