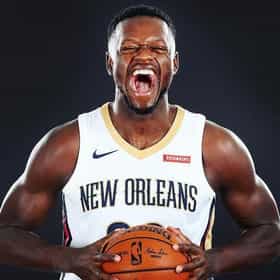 Julius Deion Randle (born November 29, 1994) is an American professional basketball player for the New York Knicks of the National Basketball Association (NBA). In his only season of college basketball with the Kentucky Wildcats, he was named a third-team All-American. He was drafted by the Los Angeles Lakers in the first round of the 2014 NBA draft with the seventh overall pick. In his regular-season debut, Randle broke his right leg and missed the remainder of his rookie season. After four years with the Lakers, he signed with the New Orleans Pelicans. He averaged a career-high 21.4 points per game in 2018–19, his only season with the Pelicans, before reaching a deal to join the ... more on Wikipedia

Julius Randle is ranked on...