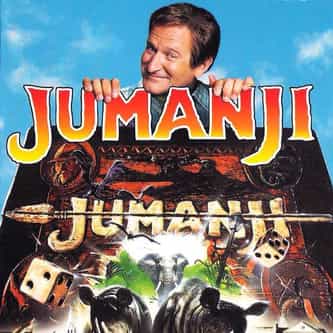 Tagline
Are you game?
An Adventure For Those Who Seek To Find A Way To Leave Their World Behind.

Jumanji is a 1995 American fantasy adventure film directed by Joe Johnston. It is an adaptation of the 1981 children's book of the same name by Chris Van Allsburg. The film was directed by Joe Johnston, written by Greg Taylor, Jonathan Hensleigh and Jim Strain, and stars Robin Williams, Kirsten Dunst, David Alan Grier, Bonnie Hunt, Jonathan Hyde and Bebe Neuwirth. The special effects were provided by Industrial Light & Magic for computer graphic elements and Amalgamated Dynamics for ... more on Wikipedia

Jumanji IS LISTED ON