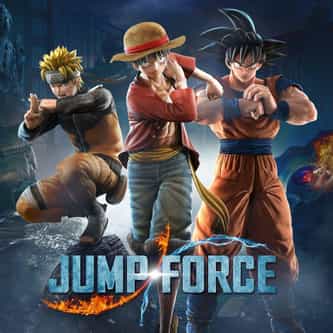 Jump Force is a fighting game developed by Spike Chunsoft and published by Bandai Namco Entertainment featuring characters from various manga series featured in the Weekly Shōnen Jump anthology in celebration of the magazine's 50th anniversary. When the real world collides with the Shōnen Jump universe, many of its heroes form the "Jump Force" to fight against whoever is causing this phenomenon. Jump Force is a 3-on-3 tag team fighting game featuring characters from various manga ... more on Wikipedia

Jump Force IS LISTED ON