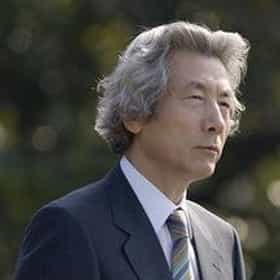 Junichiro Koizumi (小泉 純一郎, Koizumi Jun'ichirō, born 8 January, 1942) is a Japanese politician who was Prime Minister of Japan and President of the Liberal Democratic Party (LDP) from 2001 to 2006. He retired from politics in 2009, and he remains the sixth-longest serving Prime Minister in Japanese history.Widely seen as a maverick leader of the LDP upon his election to the position in 2001, he became known as an economic reformer, focusing on reducing Japan's government debt and the privatisation of its postal service. In the 2005 election, Koizumi led the LDP to win one of the largest parliamentary majorities in modern Japanese history. Koizumi also attracted international attention ... more on Wikipedia

Junichiro Koizumi is also found on...