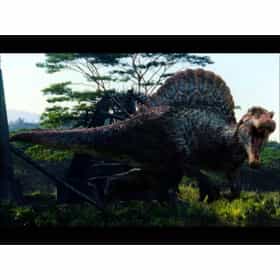 Jurassic Park III is a 2001 American science fiction adventure monster film. It is the third installment in the Jurassic Park franchise and a sequel to the 1997 film The Lost World: Jurassic Park. It is the series' first film that was not directed by Steven Spielberg nor based on a book by Michael Crichton. The film takes place on Isla Sorna, off Central America's Pacific coast, the island featured in the second film, where a divorced couple has tricked Dr. Alan Grant into going in order to help them find their son. After the success of Spielberg's Jurassic Park, Joe Johnston expressed interest in directing a sequel, a film adaptation of The Lost World. Spielberg instead gave Johnston ... more on Wikipedia

Jurassic Park III is ranked on...