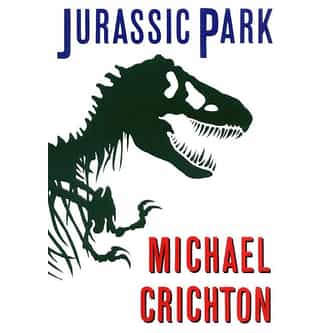 Jurassic Park is a science fiction novel written by Michael Crichton, divided into seven sections. Often considered a cautionary tale on unconsidered biological tinkering in the same spirit as Mary Shelley's Frankenstein, it uses the metaphor of the collapse of an amusement park showcasing genetically recreated dinosaurs to illustrate the mathematical concept of chaos theory and its philosophical implications. A sequel titled The Lost World, also written by Crichton, was published in 1995. ... more on Wikipedia

4.6k votes Dark Moments From The Book That Didn't Make It Into 'Jurassic Park'