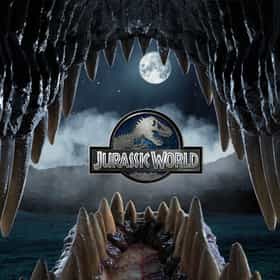 Jurassic World is a 2015 American science fiction adventure film directed by Colin Trevorrow, it is the fourth installment in the Jurassic Park film series. 22 years after the events of Jurassic Park, Jurassic World has opened on Isla Nubar but a new genetically-engineered dinosaur wreaks havoc on the park and it's up to Claire Dearing (Bryce Dallas Howard) and Owen Grady (Chris Pratt) to save Claire's nephews as the park plunges into chaos. ... more on Wikipedia

Jurassic World is ranked on...