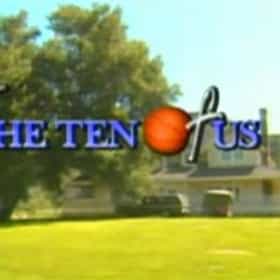 Just the Ten of Us

Just the Ten of Us is an American sitcom starring stand-up comedian Bill Kirchenbauer as Coach Graham Lubbock, a teacher and the head of a large Catholic family with eight children living in Eureka, California. The series is a spin-off of Growing Pains, in which Kirchenbauer portrayed the same character on a recurring basis. As the series progressed, Coach Lubbock's four eldest daughters, the teenagers Marie, Cindy, Wendy, and Connie, became the primary focus of the show. Just the Ten of Us aired on ABC starting with a trial run on April 26, 1988 and ending on May 17, 1990. After the first four episodes in an abbreviated first season were aired, the show was renewed for two more ... more on Wikipedia

Just the Ten of Us is ranked on...

#398 of 590 The Best TV Theme Songs of All Time 323.3k VOTES The best TV theme songs and TV intros of all time will take you back to some of the greatest moments in TV. Television theme...
#63 of 65 The Best Sitcoms of the 1980s 130.5k VOTES What are the best 80's sitcoms? The 1980s were truly a golden age for television comedy, with many of the most popular TV si...
#70 of 103 The Best TV Spinoffs 34.4k VOTES What are the very best TV spin-offs in history? This list definitely includes many. Some of the best TV spin-off shows were,...
#275 of 295 The Greatest Sitcoms in Television History 957.9k VOTES Best sitcoms ever to air on television includes some of the greatest sitcoms of all time as ranked by fans of TV. What's the...
#33 of 33 20+ 1980s Sitcoms That Will Still Make You Laugh 9.1k VOTES From Blair Warner's feathered hair to Julia Sugarbaker's face-swallowing bifocals, from Rose Nylund's St. Olaf stories to De...
#15 of 26 The TGIF Shows You Wish Still Existed 59.2k VOTES The original TGIF programming block on ABC was a staple of the 1990s and introduced viewers to some of the best sitcoms of a...