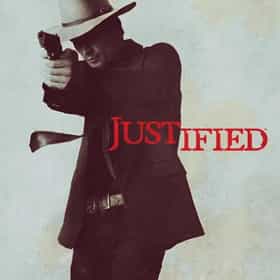 Justified is an American television drama series developed by Graham Yost. It is based on Elmore Leonard's short story. Timothy Olyphant portrays Raylan Givens, a tough U.S. Marshal enforcing his own brand of justice in his hometown of Harlan, Kentucky. The series is set in Lexington and in the Appalachian mountains area of eastern Kentucky, specifically in and around Harlan. Justified premiered on March 16, 2010, on the FX network. The show was renewed for a second season, which premiered on February 9, 2011. ... more on Wikipedia

The Best Seasons of Justified 646 votes If you ask fans what the best season of Justified is, you'll probably get a lot of different answers. Many enjoy the first s...

Justified is ranked on...

Justified is also found on...