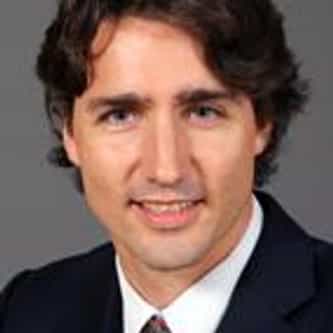 Justin Pierre James Trudeau (; French: [ʒystɛ̃ tʁydo]; born December 25, 1971) is a Canadian politician who has served as the 23rd prime minister of Canada since 2015 and leader of the Liberal Party since 2013. Trudeau is the second-youngest Canadian Prime Minister after Joe Clark; he is also the first to be related to a previous holder of the post, as the eldest son of Pierre Trudeau.Born in Ottawa, Trudeau attended Collège Jean-de-Brébeuf, graduated from McGill University ... more on Wikipedia

Justin Trudeau IS LISTED ON