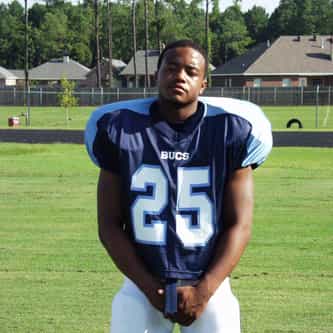 Justin Vincent (born January 25, 1983) is a former American football running back for the Pittsburgh Steelers of the National Football League. He was signed by the Atlanta Falcons as an undrafted free agent in 2007. He played college football for Louisiana State University, and was the MVP of the 2004 BCS National Championship game. He helped beat the Arizona Cardinals with the Steelers in Super Bowl XLIII, his only championship. ... more on Wikipedia

Justin Vincent IS LISTED ON