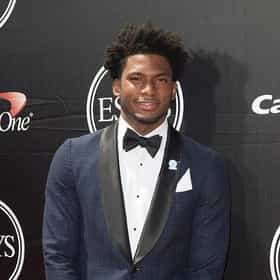 Justise Jon Winslow (born March 26, 1996) is an American professional basketball player for the Miami Heat of the National Basketball Association (NBA). He played college basketball for the Duke Blue Devils where they won the 2015 NCAA Championship. After teammate and starting point guard Goran Dragić suffered a right knee injury, Winslow was named as Miami's starting point guard in mid-December. On December 28, he had 24 points, 11 rebounds and seven assists in a 118–94 win over the Cleveland Cavaliers. On January 10, he recorded a career-high 11 assists in a 115–99 win over the Boston Celtics. ... more on Wikipedia

Justise Winslow is ranked on...