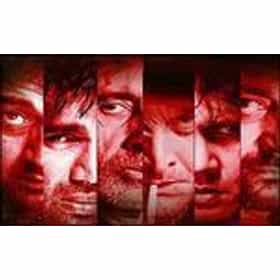 Kaante is a 2002 Bollywood action film directed by Sanjay Gupta and starring Amitabh Bachchan, Sanjay Dutt, Sunil Shetty, Mahesh Manjrekar, Lucky Ali, Kumar Gaurav, Namrata Singh Gujral, Rati Agnihotri, Malaika Arora and Isha Koppikar in the lead roles. The film's central plot is based on Quentin Tarantino's Reservoir Dogs, and also borrows plot points from The Usual Suspects and Heat. However, Tarantino has been quoted as saying that Kaante is his favourite among the many rip-offs of his film. ... more on Wikipedia

Kaante is ranked on...

Kaante is also found on...