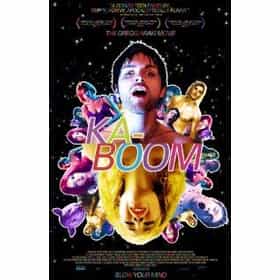 Kaboom is a 2010 youth culture alternative film written and directed by Gregg Araki. The film stars Thomas Dekker, Juno Temple, Haley Bennett and James Duval. It premiered at the 2010 Cannes Film Festival, where it was awarded the first ever Queer Palm for its contribution to lesbian, gay, bisexual or transgender issues. Kaboom is a science fiction story centered on the sexual adventures of a group of college students and their investigation of a bizarre cult. ... more on Wikipedia

Kaboom is ranked on...

Kaboom is also found on...