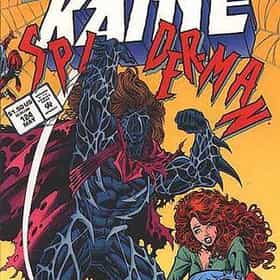 Kaine Parker is a fictional character, a superhero and former supervillain in the Marvel Comics who serves as an ally, an enemy, and a foil of Spider-Man and Ben Reilly. He first appeared in Web of Spider-Man #119, and is the Jackal's first failed attempt at cloning Peter Parker. The character was created by Terry Kavanagh and Steven Butler. He first appeared as the new Scarlet Spider in the Marvel Point One one-shot in November 2011 before starring in his own series with second volume of Scarlet Spider. ... more on Wikipedia

Kaine is ranked on...

#3 of 15 Clones Of Your Favorite Comic Book Characters Who Didn't Turn Out Lame 5.3k VOTES Send in the clones! In most media, clones are considered, as a rule, to be totally rad. You’ve got the award-winning cl...