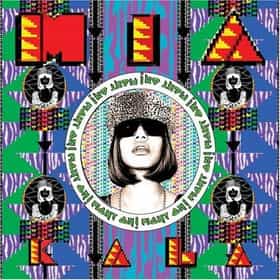 Kala is the second studio album by English-Sri Lankan recording artist M.I.A., released on 8 August 2007 by XL Recordings. The album features musical styles including dance music and makes extensive use of South Asian music such as that of the urumee, a drum used in gaana music native to Tamil Nadu, India. It was mainly written and produced by M.I.A. and Switch, and features contributions from Timbaland, Diplo, Afrikan Boy and The Wilcannia Mob. M.I.A. named the album after her mother, in contrast to her first album Arular, which was named after her father, and stated that her mother's struggles in life are a major theme of the recording. She began recording the album in early 2006 and ... more on Wikipedia

Kala is ranked on...

#787 of 890 The Best Hip Hop Albums of All Time 732k VOTES What are the best hip hop albums of all time? The answer, of course, is totally subjective. Everyone has differing opinions ...
#3 of 6 The Best M.I.A. Albums of All Time 187 VOTES M.I.A. is widely considered one of the best female rappers in the game. Here, you can check out a complete list of the ...
#4 of 27 The Best Disney Names to Give a Dog 195 VOTES Disney has produced some of the most beloved movies of all time. From Snow White and the Seven Dwarfs to Froz...

Kala is also found on...