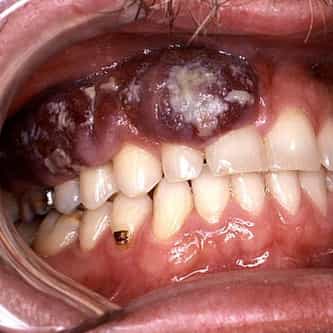 Kaposi's sarcoma is a tumor caused by infection with human herpesvirus 8, also known as Kaposi's sarcoma-associated herpesvirus or KS agent. It was originally described by Moritz Kaposi, a Hungarian dermatologist practicing at the University of Vienna in 1872. It became more widely known as one of the AIDS-defining illnesses in the 1980s. The viral cause for this cancer was discovered in 1994. Although KS is now well-established to be caused by a viral infection, there is widespread lack ... more on Wikipedia

shows like you, the fallen demon zodiac, chicago music artist, chadwick boseman movies and tv shows, predator pets, kevin mccallister now, are blackbirds edible, how strong is a chimpanzee, 80s rock bands, how to get paid to hunt wild hogs