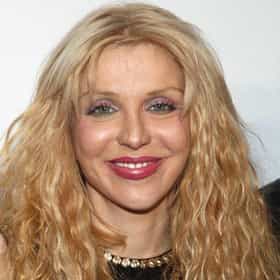 Katherine Lynne Bjelland (born December 9, 1963) is an American singer, songwriter, musician and guitarist. She rose to prominence as the lead singer, guitarist, and songwriter of the alternative rock band Babes in Toyland, which she formed in Minneapolis, Minnesota in 1987. She has been noted for her unusual vocal style alternately consisting of shrill screams, whispering, and speaking in tongues, as well as for her guitar playing style, which incorporates "jagged" tones with "psychotic rockabilly rhythms."Born in Salem, Oregon, Bjelland was raised in nearby Woodburn, and learned to play guitar as a teenager from her uncle, with whom she performed in his band ... more on Wikipedia

Kat Bjelland is ranked on...

#734 of 973 The Best Female Vocalists Ever 1.8M VOTES List of the best female singers of all time, ranked by music fans and casual critics like you. Who are the greatest female v...

Kat Bjelland is also found on...