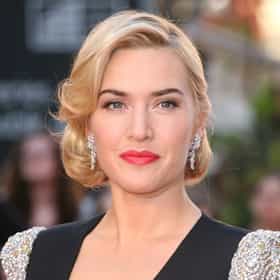 Kate Elizabeth Winslet, (born 5 October 1975) is an English actress. She is particularly known for her work in period dramas and tragedies, and is often drawn to portraying troubled women. Winslet is the recipient of several accolades, including three British Academy Film Awards, and is among the few performers to have won Academy, Emmy, and Grammy Awards. Born in Reading, Berkshire, Winslet studied drama at the Redroofs Theatre School. Her first screen appearance, at the age of 15, was in the British television series Dark Season (1991). She made her film debut playing a teenage murderess in Heavenly Creatures (1994), and received her first BAFTA Award for playing Marianne Dashwood in ... more on Wikipedia

Kate Winslet is ranked on...

Kate Winslet is also found on...