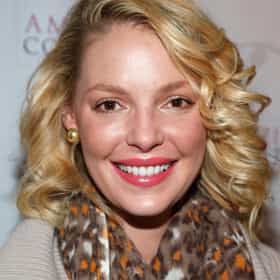 Katherine Marie Heigl (; born November 24, 1978) is an American actress, film producer, and former fashion model. She started her career as a child model with Wilhelmina Models before turning her attention to acting, making her film debut in That Night (1992) and later appearing in My Father the Hero (1994) as well as Under Siege 2: Dark Territory (1995). Heigl then landed the role of Isabel Evans on The WB television series Roswell (1999–2002), for which she received nominations for Saturn and Teen Choice Awards. From 2005 to 2010, Heigl starred as Izzie Stevens on the ABC television medical drama Grey's Anatomy, a role that brought her significant recognition and accolades, including ... more on Wikipedia

Katherine Heigl is ranked on...

Katherine Heigl is also found on...