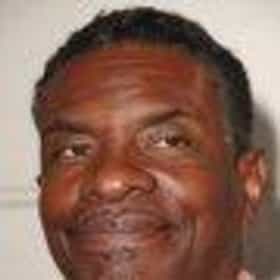 Keith David Williams (born June 4, 1956) is an American actor and voice actor. He is well known for his work as King in Platoon and Childs in The Thing. He has acted in mainstream films, such as Crash, There's Something About Mary, Barbershop and Men at Work. David has had memorable roles in numerous cult favorites, including Armitage in They Live, Abu "Imam" al-Walid in Pitch Black and its sequel The Chronicles of Riddick, General Kimsey in Armageddon and Big Tim in Darren Aronofsky's Requiem for a Dream. He starred as Elroy Patashnik in the sixth season of the NBC series Community. In 2016, he began starring as Bishop James Greenleaf in the Oprah Winfrey Network drama ... more on Wikipedia

Keith David is ranked on...

#274 of 282 The Best (Male) Actors Working Today 1.5M VOTES The best actors working today include Hollywood legends, Academy Award winners and many of the top up and coming actors in t...
#56 of 85 The Best Celebrity Cameos In 'SpongeBob SquarePants' 16.4k VOTES SpongeBob SquarePants has been delighting audiences with fresh levels of absurdity since 1999. While the regular cast i...
#47 of 118 The All-Time Best Voice Actors 7.6k VOTES These are voices you could never put a face to, but you know them as well as you know any actor. Deep voices, squeaky voices...
#40 of 56 The Greatest Non-White Actors in Hollywood 3.7k VOTES With audiences pushing Hollywood towards increased diversity both on- and off-screen, now is the perfect time to celebrate t...
#29 of 37 The Most Grizzled Actors Currently Working 710 VOTES Many of Hollywood's most grizzled actors make up some of the best the industry has produced over the past century. What make...
#15 of 20 The Best Documentary Narrators 507 VOTES These celebrities have narrated the best-loved documentary films and series of recent memory. A few of them have even n...
50+ Actors Who Have Done Shakespeare in the Park 7.6k VIEWS Shakespeare in the Park festivals are popular all over the world. In cities like New York City, several famous actors and ac...
The Top Ten 'It's That Guy' Guys 9.1k VIEWS We've all been there literally tens of times... when you're watching a movie or a TV show and a new character comes on the s...

Keith David is also found on...