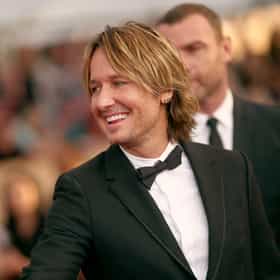 Keith Lionel Urban (born 26 October 1967) is a New Zealand singer, songwriter and record producer well known for his work in country music. In 1991, he released a self-titled debut album and charted four singles in Australia before moving to the United States the following year. He found work as a session guitarist before starting a band known as The Ranch, which recorded one studio album on Capitol Nashville and charted two singles on the US Billboard Hot Country Songs chart. Still signed to Capitol, Urban made his solo American debut in 1999 with a second eponymous album. Certified platinum in the US by the RIAA, it produced his first number one on the Hot Country Songs chart with ... more on Wikipedia

Keith Urban is ranked on...

Keith Urban is also found on...