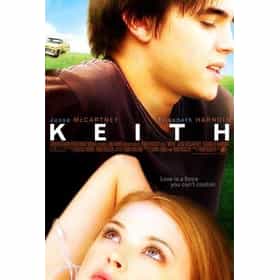 Keith is a 2008 American, independent drama film directed by Todd Kessler. It was written by Todd Kessler and David Zabel based on the short story "Keith" by author Ron Carlson, from his book The Hotel Eden. The film stars the actor and pop star Jesse McCartney, Elisabeth Harnois, and Margo Harshman. The protagonist is a 17-year-old high school senior, Natalie, who thinks she has got life figured out. Natalie is at first annoyed by her new chemistry class lab partner, Keith. But she ultimately falls for him and discovers that Keith is hiding a secret. The film was released in theaters on September 19, 2008. ... more on Wikipedia

Keith is ranked on...

Keith is also found on...