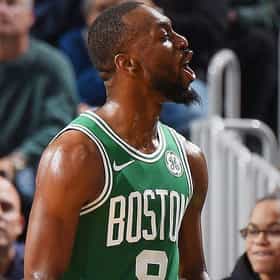 Kemba Hudley Walker (born May 8, 1990) is an American professional basketball player for the Boston Celtics of the National Basketball Association (NBA). Walker was picked ninth overall by the Charlotte Bobcats in the 2011 NBA draft. He grew up in The Bronx, New York. After graduating from Rice High School in 2008, he went on to play college basketball for the Connecticut Huskies. In the 2010–11 season, Walker was the nation's second-leading scorer in college basketball and was named consensus first-team All-American; he also led the Huskies to the 2011 NCAA championship and claimed the tournament’s Most Outstanding Player award. He is a three-time NBA All-Star. ... more on Wikipedia

Kemba Walker is ranked on...

Kemba Walker is also found on...