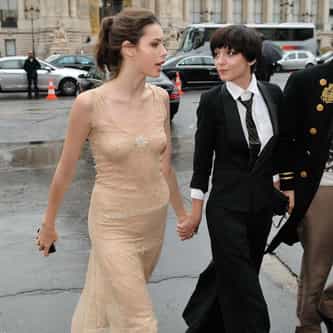 Charlotte Kemp Muhl (born August 17, 1987), also known simply as Kemp Muhl, is an American singer, songwriter, writer, model and film director from Atlanta, Georgia. Modeling since the age of 13, Muhl at 16 years old, became the youngest model to appear on the cover of Britain's Harper's and Queen magazine. Muhl has been in a relationship with Sean Lennon since 2005 and performs with him in the musical duo The Ghost of a Saber Tooth Tiger. ... more on Wikipedia

Charlotte Kemp Muhl IS LISTED ON