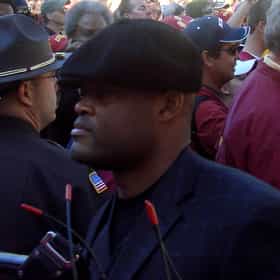 Kenneth Howard Norton Jr. (born September 29, 1966) is an American football coach and former player in the National Football League (NFL) who is the defensive coordinator for the Seattle Seahawks. He previously was the defensive coordinator for the Oakland Raiders. Norton played college football for the University of California, Los Angeles (UCLA), and received All-American honors. He was drafted in the second round of the 1988 NFL Draft, and played thirteen seasons for the NFL's Dallas Cowboys and San Francisco 49ers. He has previously served as the linebackers coach and the assistant head coach for the University of Southern California, then the linebackers coach for the Seattle ... more on Wikipedia