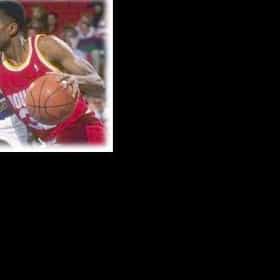 Kenny "the Jet" Smith (born March 8, 1965) is an American sports commentator and former professional basketball player in the National Basketball Association (NBA). He played in the NBA from 1987 to 1997 as a member of the Sacramento Kings, Atlanta Hawks, Houston Rockets, Detroit Pistons, Orlando Magic, and Denver Nuggets. He won two NBA championships with Houston. Smith played college basketball with the North Carolina Tar Heels, earning consensus first-team All-American honors as a senior in 1987. He was selected by Sacramento in the first round of the 1987 NBA draft with the sixth overall pick, and was named to the NBA All-Rookie First Team with the Kings. After retiring ... more on Wikipedia

Kenny Smith is ranked on...

Kenny Smith is also found on...