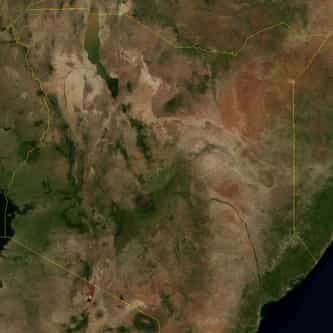 Kenya, officially the Republic of Kenya, is a country in Africa. Its capital and largest city is Nairobi. Kenya lies on the equator with the Indian Ocean to the south-east, Tanzania to the south, Uganda to the west, South Sudan to the north-west, Ethiopia to the north and Somalia to the north-east. Kenya covers 581,309 km², and had a population of approximately 45 million people in July 2014. Kenya has a warm, humid climate along its Indian Ocean coastline, with wildlife-rich savannah ... more on Wikipedia

Kenya IS LISTED ON