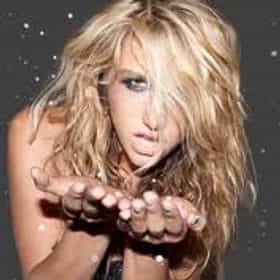 Kesha Rose Sebert (; born March 1, 1987), known mononymously as Kesha (formerly stylized Ke$ha), is an American singer, songwriter, rapper, and actress. In 2005, at age 18, Kesha was signed to Kemosabe Records. Her first major success came in early 2009 after she was featured on American rapper Flo Rida's number-one single "Right Round". Kesha's music and image propelled her to immediate success. She has earned two number-one albums on the US Billboard 200 with Animal (2010) and Rainbow (2017), and the number-six record Warrior (2012). She has attained ten top-ten singles on the US Billboard Hot 100, including "Blah Blah Blah", "Your Love Is My Drug", ... more on Wikipedia

Katy Perry
Crazy Kesha Stories And Rumors That Are 100% True 389.8k views Everybody's heard some crazy Kesha stories. The self-described party animal and free spirit got back to making music and dro...
A Timeline Of Kesha's Fight With Her Record Label 3.6k views From Prince versus Warner Bros. to Radiohead versus EMI to Thirty Seconds to Mars versus Virgin Records, the music industry ...
The Best Songs Feat. Kesha 176 votes These are the best songs featuring Kesha. As a solo artist, Kesha has won awards (Trailblazer Award from Billboard Women in ...
The Best Kesha Songs 2.2k votes List of the best Kesha songs, ranked by fans like you. This list includes every Kesha single, but true fans know there are o...
Kesha Loves and Hookups 3.6k views Who is Kesha dating? Many famous men have dated Kesha, and this list will give you more details about these lucky dudes. Inc...
The Best Kesha Albums, Ranked 107 votes We're ranking the best Kesha albums of all time. One of the best pop stars right now, Kesha's discography features many popu...

Kesha is ranked on...

Kesha is also found on...