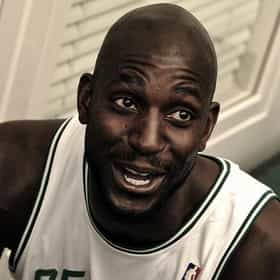 Kevin Maurice Garnett (born May 19, 1976) is an American former professional basketball player who played for 21 seasons in the National Basketball Association (NBA). Known for his intensity, defensive ability, and versatility, Garnett is considered one of the greatest power forwards of all time. He is one of four NBA players to win both the Most Valuable Player and the Defensive Player of the Year awards. In high school, Garnett was a 1995 McDonald's All-American at Farragut Career Academy and won a national player of the year award. He entered the 1995 NBA draft, where he was selected with the fifth overall pick by the Minnesota Timberwolves and became the first NBA player drafted ... more on Wikipedia

Kevin Garnett is ranked on...

Kevin Garnett is also found on...