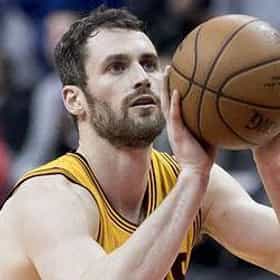 Kevin Wesley Love (born September 7, 1988) is an American professional basketball player for the Cleveland Cavaliers of the National Basketball Association (NBA). He is a five-time All-Star and won an NBA championship with the Cavaliers in 2016. He was also a member of the gold medal-winning USA men's national team at the 2010 FIBA World Championship and the 2012 Summer Olympics. The son of former NBA player Stan Love, Love was a top-ranked prospect out of Lake Oswego High School in Oregon. He played one season of college basketball for the UCLA Bruins and led the team to a Final Four appearance in the 2008 NCAA Tournament. Love was named a consensus First Team All-American and was ... more on Wikipedia

Kevin Love is ranked on...

Kevin Love is also found on...