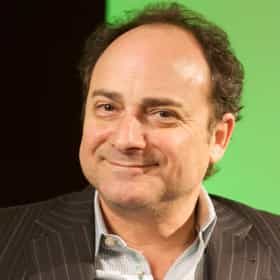 Kevin Elliot Pollak (born October 30, 1957) is an American actor, impressionist, and comedian. He has appeared in over 80 films; his roles include Sam Weinberg in the legal film A Few Good Men, Jacob Goldman in Grumpy Old Men and its sequel Grumpier Old Men; Todd Hockney in The Usual Suspects, Philip Green in Casino, and Bobby Chicago in End of Days. Pollak is an avid poker player. He finished 134th out of 6,598 entrants in the 2012 World Series of Poker and won $52,718. He also hosts weekly home games with Hollywood celebrities. ... more on Wikipedia

Kevin Pollak is ranked on...

#456 of 1,151 The Best Actors in Film History 2.2M VOTES The best actors ever are ranked here in this list of the best actors in film history. These are the greatest actors ever to ...
#696 of 2,003 People who voted for Kevin Pollak... also upvote James Bond Franchise on The Best Spy Movies also upvote Star Wars Franchise on The Best Space Movies The Greatest Actors & Actresses in Entertainment History 1.7M VOTES The best actors and actresses of all time, male and female, ranked by film fans worldwide. This list of greatest actors and ...
#186 of 408 The Funniest Stand Up Comedians Of All Time 1M VOTES A ranked list of the best stand up comedians in the history of the art form. First and foremost, all of the people on this l...
#43 of 116 People who voted for Kevin Pollak... People in the Midwest are 2x more likely to vote for this The Best Short Actors 50.9k VOTES Who are the best short actors? Some of the incredibly famous actors on this list are surprisingly diminutive, coming in at 5...
#1 of 20 A Gaggle of Christopher Walken Impressions, Ranked Best to Worst 461 VOTES Everyone does a Christopher Walken impression. Whether you’re a famous hunk or some rando on the Internet, you’re waiti...
#14 of 49 People who voted for Kevin Pollak... also upvote Star Trek Franchise on The Best Star Trek Movies The Best Celebrity Impersonators Ever 14.4k VOTES The best celebrity impressionists ever include some legendary comics and impersonators like Rich Little, Will Jordan, and Wi...
#73 of 118 The Best Celebrity Partners to Have on a Game Show 90.8k VOTES Choosing the right partner in life is important. Choosing the right celebrity partner to have on a game show is way, way, ...
Lifetime Movies Actors and Actresses 14.7k VIEWS Lifetime Movies employs a wide range of actors -most of which you will recognize from more than just TV movies. Lifetime act...
Every Single Celebrity Who Has Guest Starred on Drunk History 7.5k VIEWS Comedy Central's Drunk History has it all, from the boozy narration of notable historic moments to rotating cast members who...
Famous People Named Kevin 73k VIEWS List of famous people named Kevin, along with photos. How many celebrities named Kevin can you think of? The famous Kevins b...
Male Celebrities Who Are 5’5" 8.4k VIEWS This list contains examples of male celebs who are 5'5" loosely ranked by fame and popularity. Although they stand belo...
Celebrities Who Turned 60 in 2017 50.5k VIEWS Many celebrities are celebrating their 60th birthdays in 2017, but don't call them senior citizens just yet. These Hollywood...

Kevin Pollak is also found on...