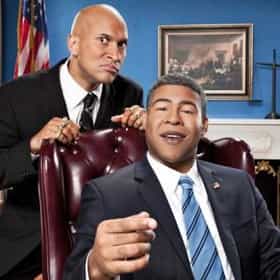 Key & Peele is an American sketch comedy television show. It stars Keegan-Michael Key and Jordan Peele, both former cast members of MADtv. Each episode of the show consists mainly of several pre-taped sketches starring the two actors. The sketches cover a variety of societal topics, often with a focus on African-American culture and race relations. Key & Peele won a 2013 Peabody Award and was nominated for a 2013 Writers Guild Award. The show is nominated for an NAACP Image Awards for Outstanding Comedy Series. ... more on Wikipedia

The Most On Point Key and Peele Sketches Ever 1.5k votes Really, just about every Key & Peele sketch is the best - and most of them are spot on. Since they hit the scene on MADt...