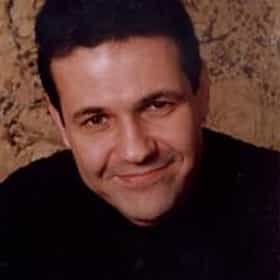 Khaled Hosseini (Persian: خالد حسینی‎ [ˈxɒled hoˈsejni]; ; born March 4, 1965) is an Afghan-American novelist and physician. After graduating from college, he worked as a doctor in California, a predicament that he likened to "an arranged marriage." He has published three novels, most notably his 2003 debut The Kite Runner, all of which are at least partially set in Afghanistan and feature an Afghan as the protagonist. Following the success of The Kite Runner he retired from medicine to write full-time. Hosseini was born in Kabul, Afghanistan. His father worked as a diplomat, and when Hosseini was 11 years old, the family moved to France; four years later, they applied for ... more on Wikipedia

Khaled Hosseini is ranked on...

#947 of 1,183 The Best Writers of All Time 300.8k VOTES The pen is truly mightier than the sword, and if you’re a book enthusiast you know that to be true. Some of history’s most i...
#45 of 93 The 30+ Best Living Novelists & Fiction Authors Today, Ranked 14.1k VOTES These are the best living authors and novelists currently, according to Rankers and bibliophiles. If you’re looking for a bo...
#10 of 26 The Best Authors Who Narrate Their Own Audiobooks 126 VOTES In this fast-paced world we live in, it seems not everyone has time to actually sit down and read a book. Though audiobooks ...
First Book Successes Written By People Who Weren't Authors 4.2k VIEWS Apparently anyone can write a bestselling novel. Sometimes all it takes is passion, or encouragement, or a desire to tell a ...

Khaled Hosseini is also found on...