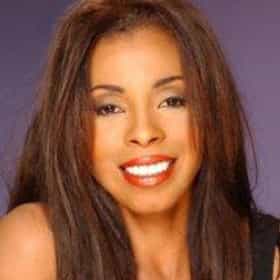 Khandi Alexander (born September 4, 1957) is an American dancer, choreographer, and actress. She began her career as a dancer in the 1980s and was a choreographer for Whitney Houston's world tour from 1988 to 1992. During the 1990s, Alexander appeared in a number of films, include CB4 (1993), What's Love Got to Do with It (1993), Sugar Hill (1994), and There's Something About Mary (1998). She starred as Catherine Duke in the NBC sitcom NewsRadio from 1995 to 1998. She also had a major recurring role in the NBC medical drama ER (1995-2001) as Jackie Robbins, sister to Dr. Peter Benton. Alexander also received critical acclaim for her leading performance in the HBO miniseries The Corner ... more on Wikipedia

Khandi Alexander is ranked on...

#56 of 224 People who voted for Khandi Alexander... also upvote Star Trek Franchise on The Greatest Sci-Fi Movies of All Time also upvote Harry Potter Franchise on The Most Rewatchable Movies The Greatest Black Actresses of All Time 73.8k VOTES This list ranks the very best black and African Americans actresses of all time. Throughout the history of Hollywood, movies...
Famous People Whose Last Name Is Alexander 3.8k VIEWS Being a fairly common name, it's no surprise there are a lot of famous people with the last name Alexander. Do you recognize...
Female Character Actors You've Seen All Over But Can't Name 173.3k VIEWS Actors don’t start out thinking of themselves as character actors. They just think of themselves as actors. It’s the indus...

Khandi Alexander is also found on...