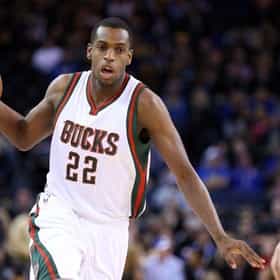 James Khristian Middleton (born August 12, 1991) is an American professional basketball player for the Milwaukee Bucks of the National Basketball Association (NBA). He attended Porter-Gaud School, where he was coached by John Pearson. As a junior and senior, he was named South Carolina Player of the Year, and was a McDonald's All-American nominee. He went on to play college basketball for Texas A&M University, where he started the majority of the games in his freshman year. In his sophomore season, he earned second-team All-Big 12 honors after leading the Aggies in scoring with 14.3 points per game. Middleton was selected by the Detroit Pistons with the 39th overall pick of the ... more on Wikipedia

Khris Middleton is ranked on...

Khris Middleton is also found on...