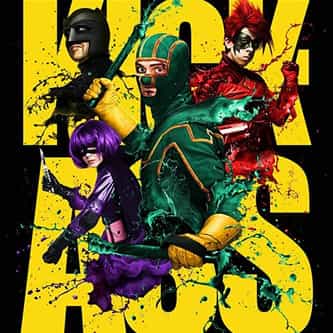 Tagline
I can't read your mind but I can kick your ass.

Kick-Ass is a 2010 British-American superhero action comedy film based on the comic book of the same name by Mark Millar and John Romita, Jr. The film was directed by Matthew Vaughn, who co-produced with Brad Pitt and co-wrote the screenplay with Jane Goldman. It is the first installment of the Kick-Ass film series. It tells the story of an ordinary teenager, Dave Lizewski, who sets out to become a real-life superhero, calling himself "Kick-Ass". ... more on Wikipedia

Scott Pilgrim vs. the World

Kick-Ass IS LISTED ON