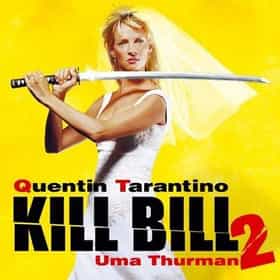 Kill Bill Volume 2 is a 2004 martial arts action film written and directed by Quentin Tarantino. It is the second of two volumes that were released several months apart. It was originally scheduled for a single theatrical release, but was divided into two films with its running time being over four hours. The story follows a character initially identified as "The Bride", a former member of an elite team who seeks revenge on her ex-colleagues who mleft her for dead at her own wedding. ... more on Wikipedia

Kill Bill Volume 2 is ranked on...