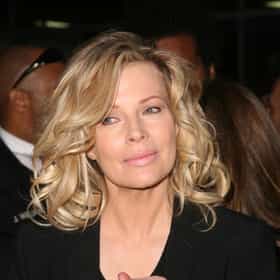 Kimila Ann Basinger (born December 8, 1953) is an American actress, singer and former fashion model. Following a successful modeling career in New York during the 1970s, Basinger moved to Los Angeles where she began her acting career on television in 1976. She starred in several made-for-television films, including a remake of From Here to Eternity (1979), before making her feature debut in the drama Hard Country (1981). Hailed as a sex symbol of the 1980s and 1990s, Basinger came to prominence for her performance of Bond girl Domino Petachi in Never Say Never Again (1983). She subsequently garnered acclaim and a Golden Globe Award nomination for her role in The Natural (1984). She ... more on Wikipedia

Kim Basinger is ranked on...

Kim Basinger is also found on...