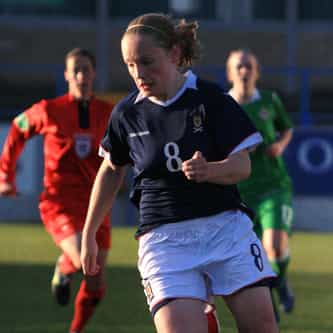 Kim Alison Little (born 29 June 1990) is a Scottish footballer who plays for Arsenal in the FA WSL. She is a member of the Scotland national team. She is the vice captain and leading scorer for her country. Little has represented Scotland at the senior international level since age 16. She was one of two Scots selected for the Great Britain squad that reached the quarterfinals of the 2012 London Olympics. In 2010, she was named the FA's Women's Player of the Year. In 2013, she became the ... more on Wikipedia

Kim Little IS LISTED ON