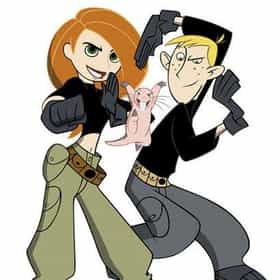 Kim Possible is an American animated television series created by Bob Schooley and Mark McCorkle for Disney Channel. It centers on Kim Possible, a teenage fighter who has the task of dealing with worldwide, family, and school issues every day. The show is action-oriented, but also has a light-hearted atmosphere and often lampoons the conventions and clichés of the secret-agent and action genres. Kim Possible was the second animated Disney Channel Original Series, and the first series to be produced by Walt Disney Television Animation, in association with Disney Channel. ... more on Wikipedia

Kim Possible is ranked on...

Kim Possible is also found on...