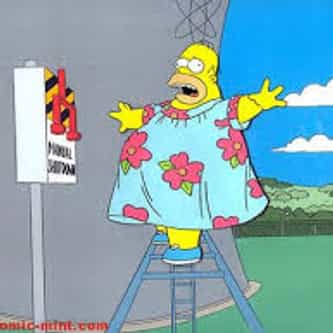 "King-Size Homer" is the seventh episode of The Simpsons' seventh season. It originally aired on FOX in the United States on November 5, 1995. In the episode, Homer despises the nuclear plant's new exercise program, and decides to gain 61 pounds in order to claim a disability and work at home. Homer soon begins to experience the negative aspects of being obese, and his life starts falling apart. The episode was written by Dan Greaney and directed by Jim Reardon. Joan Kenley makes ... more on Wikipedia

Brother from the Same Planet

Homer at the Bat

King-Size Homer IS LISTED ON