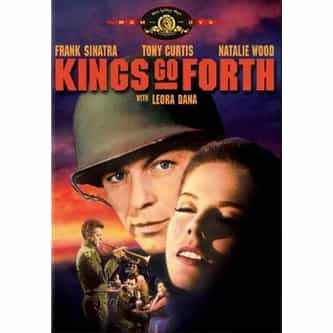 Kings Go Forth is a 1958 black-and-white World War II film starring Frank Sinatra, Tony Curtis, and Natalie Wood. The screenplay was written by Merle Miller from the novel of the same name by Joe David Brown, and the film was directed by Delmer Daves. The plot involves friends of different backgrounds manning an observation post in Southern France who fall in love with the same French girl. She proves to be of American Mulatto ancestry. Themes of racism and miscegenation provide the ... more on Wikipedia

Kings Go Forth IS LISTED ON