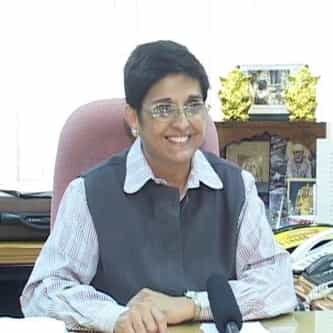 Kiran Bedi (born 9 June 1949) is a retired Indian Police Service officer, social activist, former tennis player and politician who is the current Lieutenant Governor of Puducherry. She is the first woman to join the Indian Police Service (IPS). She remained in service for 35 years before taking voluntary retirement in 2007 as Director General, Bureau of Police Research and Development. As a teenager, Bedi became the national junior tennis champion in 1966. Between 1965 and 1978, she won ... more on Wikipedia