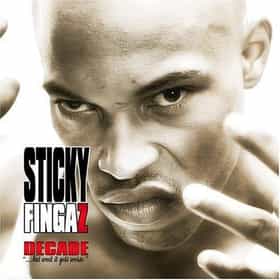 Kirk Jones (born November 3, 1973), better known by his stage name Sticky Fingaz, is an American hardcore rapper, record producer, actor, film director, film editor and writer, best known as a member of multi-platinum hardcore rap group Onyx. Sticky Fingaz was discovered by Jam Master Jay of Run-D.M.C., who signed Onyx on his label JMJ Records provided that Sticky will be in the group. His signature lazy eye, raspy voice, and boundless energy brought attention to the group, and he became the front man. Onyx went on to release three top-selling albums before Sticky Fingaz began his solo career. Sticky Fingaz starred in more than 80 films and television shows. In 1993, he made his acting ... more on Wikipedia

Sticky Fingaz is ranked on...

#52 of 54 The Best Actors in Live-Action Comic Book TV Shows 21k VOTES These are the actors that found that sweet spot, that portrayed these modern day gods and goddesses right. They brought our ...
#36 of 71 The Best Rappers From Brooklyn 4.3k VOTES From new artists to some of the greatest hip hop artists of all time, here are the best rappers from Brooklyn. Including&nbs...
Famous People Named Kirk 4k VIEWS List of famous people named Kirk, along with photos. How many celebrities named Kirk can you think of? The famous Kirks belo...

Sticky Fingaz is also found on...