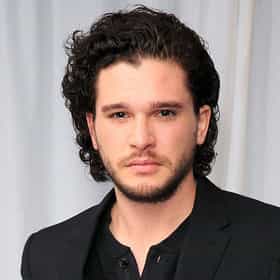 Christopher Catesby Harington (born 26 December 1986), known professionally as Kit Harington, is an English actor and producer. Born in Acton, Greater London, Harington graduated from the Royal Central School of Speech & Drama in 2008. While still at drama school, he made his professional acting debut in the National Theatre and West End with the leading role of Albert in the critically acclaimed adaptation of the play War Horse. In 2011, Harington rose to prominence for his breakthrough role as Jon Snow in the HBO fantasy television series Game of Thrones (2011–2019), which brought him international recognition and several accolades, including two nominations for the Primetime ... more on Wikipedia

Kit Harington And Rose Leslie Are Getting Married And The Internet Is Freaking Out 419 views HBO's hit fantasy series Game of Thrones hasn't found much time to focus on building up romances between its characters, esp...

Kit Harington is ranked on...

Kit Harington is also found on...